The Coil of Depression

I’ve experienced depression before. It coiled itself around me after pregnancy. Looking back, I believe it’s hovered behind the scenes & when the pickings are ripe, it slithers & snakes around me. Before I realize it, I’m being squeezed.

The pandemic & all its unknowns & worries on top of the state of our country was the perfect soil for depression to slither it’s way back in full-force.

After a pointed question was asked by a Facebook friend about how this global moment has affected us, I replied with:

“Floundering this hot minute. There are days where I’m okay & then SMACK, this floundering rudderlessness drifting shit. The biggest thing is feeling like anything I try to do is useless because no one cares. It’s mostly crickets on social media any more so that puts a glaring spotlight on how much I miss human interaction. I had a blast our first day back at the day J.O.B. because I was able to interact physically with other humans besides immediate family. On the other side of the coin is the ability to speak up for myself & making better boundaries which is a good thing. I’m not letting things stew inside & get stanky because now, I just don’t have the bandwidth for it. Lawd knows, smallness ’causes enough stank as it is.”

This morning I woke up feeling the usual “meh”. I remembered that one of Michelle Obama’s podcasts was about mild depression & that made an impression on me. She spoke of keeping to a schedule & getting exercise. With those things in mind I did a wee little Google search to see what are the steps that I can take to loosen the coil & squeeze of depression.

A lot of it is common sense things. The hard part is starting. The alternative to starting is spiraling to a place I don’t want to be. That leads me to this.

A while ago, I started a journal called Three Good Things. I didn’t stick with it. Now, it’s the rope that will keep my head above the quicksand. The idea behind it is this, I’m going to find at least three good things that happened or that I noticed during the day. If need be, it can be in the morning when I wake up feeling the blerg or it can be at the end of the day before bed or it can be as often as I need during a day. Sharing them here is a way to reflect & a commitment to finding at the very least Three Good Things a day. It’s a way to take me out of my head & look at the bigger picture.

Here are today’s Three Good Things so far with a couple of pictures of things that made me smile this morning.

1. A good cup of warm coffee
2. That unusual bug on the railing
3. Finding steps to take to combat this mild depression
4. The ray of sun breaking through the clouds as I typed this, lighting up the yard like some cosmic being saying, “I see you.” 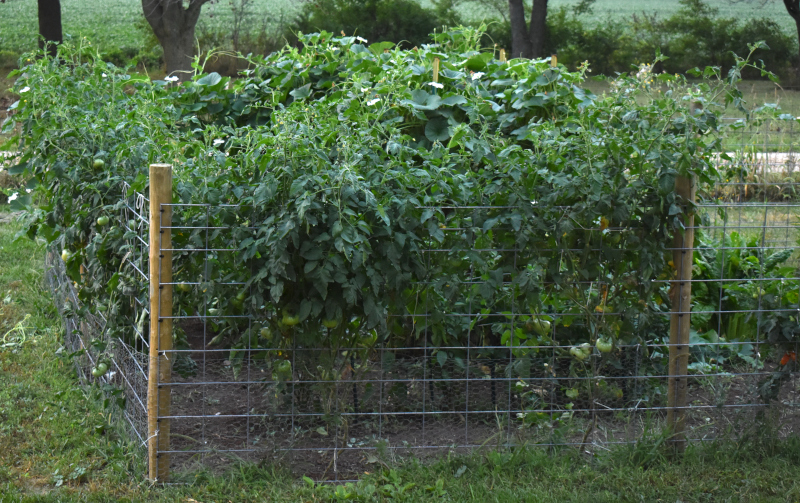 The garden is extra luscious this year. It still amazes me how those tiny seeds grow into such great green beings. 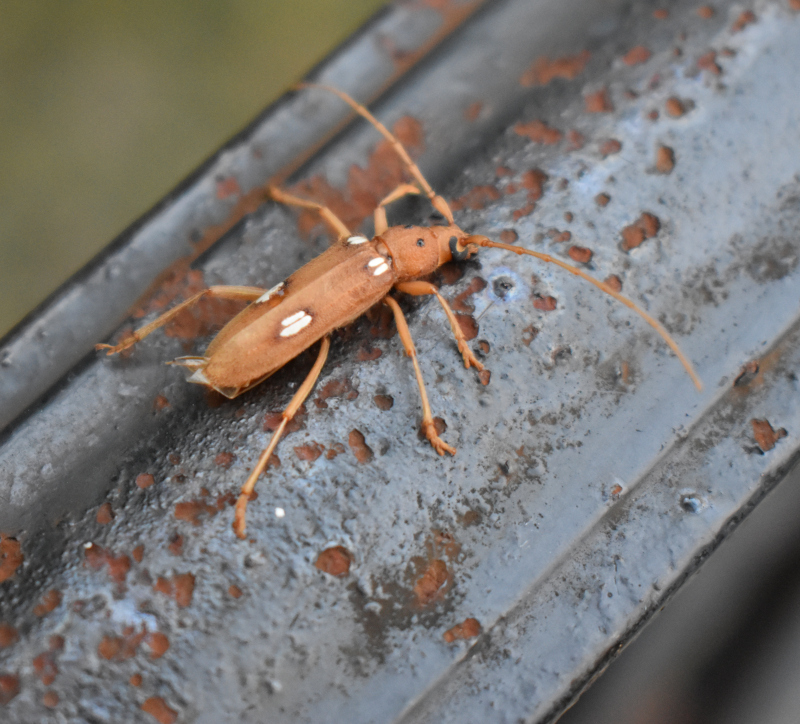 I don’t have a clue what sort of bug this is. It was hanging out on the railing by the front door minding its own business.