Last night’s dream was full of feelings around white terrorism, waiting for the next shoe to drop, & let’s just say fear-mongering monsters.  Eeeew.

Dandelion, Princess, First of Her Name, The Bearded Lady was just begging for that belly to be rubbed. This was The Hubs’ view. 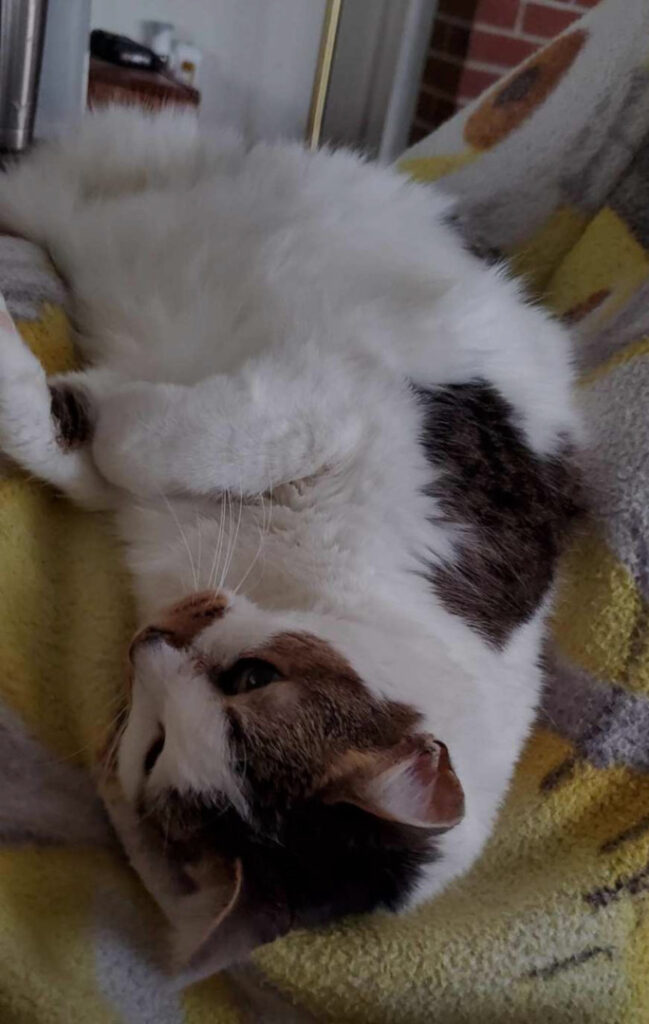 This was my view 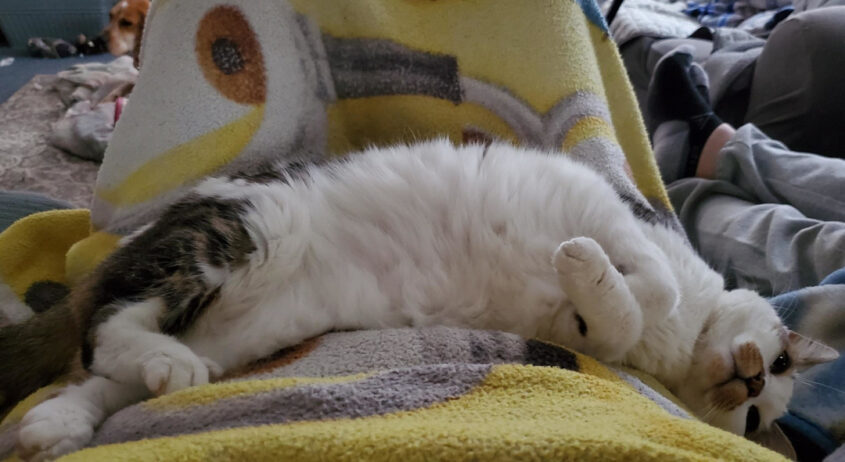 This picture captures her whole Cali-Catitude perfectly. She is royalty & I should never ever forget it. She’s posing for the camera.  She’s such a diva. 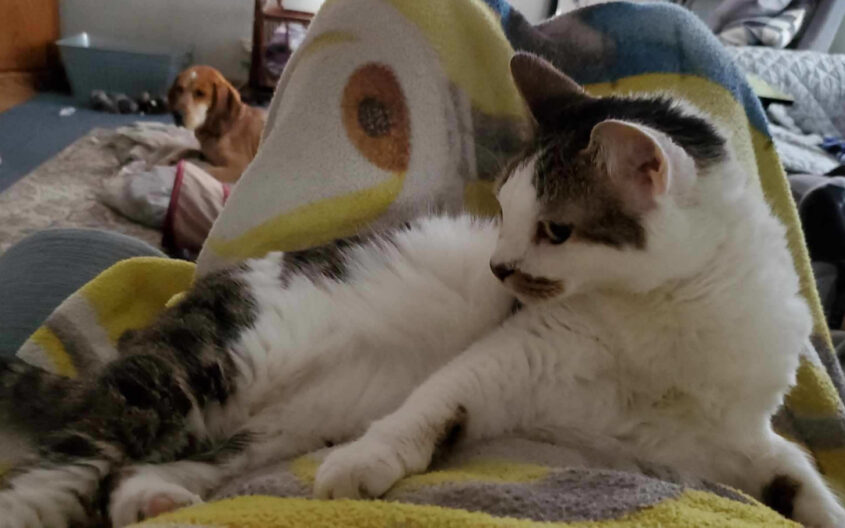 And we can’t forget a Mocha moment!  I was the only one downstairs so it was slim pickings for servents to grace, but grace me she did.  I received a few kisses & purrs before she was done with me & left. 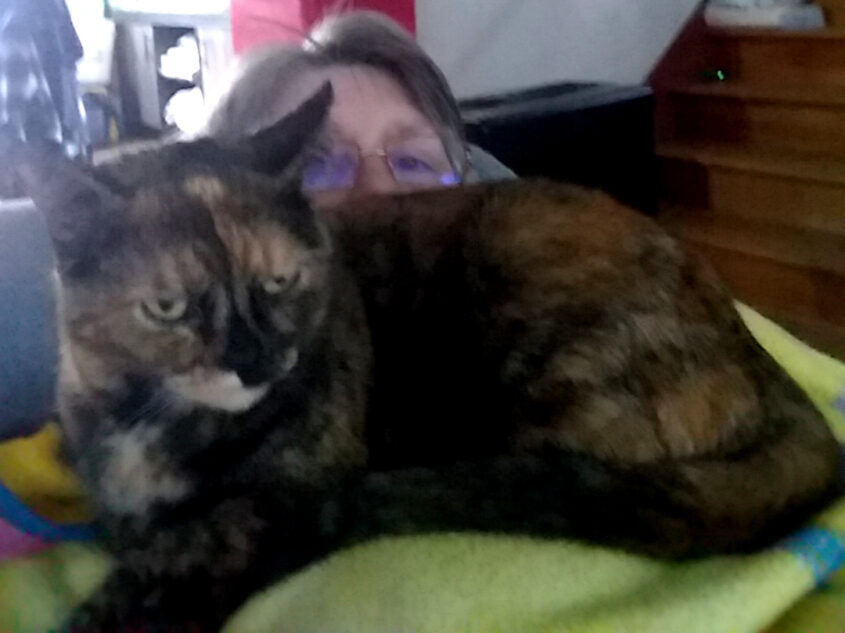 It’s hard to take a selfie with my phone & said cat on my chest & chin.

The house smelled amazing while the chicken bone broth/stock was simmering on the stovetop. 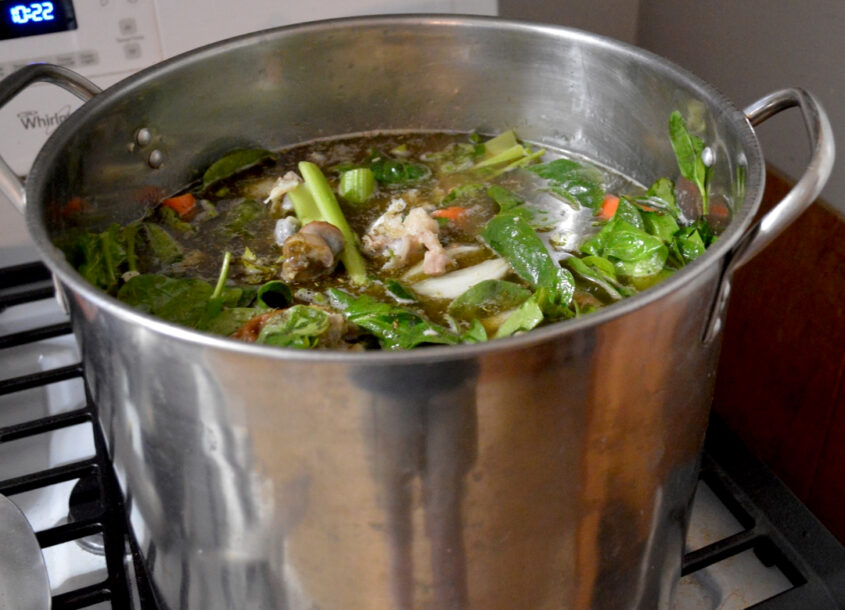 Once it was finished, it’s strained & placed back into the refrigerator.  That’s the best way to get the fat off.  Then it’s ready to be reheated, placed into jars & put into the pressure canner.  That’s a project for later today or tomorrow.

George Washington Carver wasn’t the guy who invented peanut butter, even though you were taught that in school.
What he ACTUALLY did was much, much more important. In the post-war South, the economy and environment were in absolute shambles. The soil throughout the Black Belt was exhausted and eroded from centuries of over-farming cotton. Freedmen were left hungry and destitute after being emancipated without reparations, and poor whites weren’t doing well at all, either. There was an epidemic of scurvy, starvation, and anemia.
Carver was famous for “working with peanuts” but peanut butter isn’t the big deal here. It was Carver who discovered that legumes can enrich soil with nitrogen and prevent erosion, and peanuts are a high-calorie, high-protein food. He cultivated specific strains of peanut that thrived in the most barren land in the South and promoted their use.
He also studied dozens of other plants, fine-tuning the exact needs and benefits of each variety, and found ways that the poorest farmers could actually IMPROVE, rather than EXHAUST, their soil and could actually feed their families. He taught thousands of people how to heal the wounds that slavery had left on the land and on the economy.
So peanut butter… no, not really. A paste preparation was one of the methods of preparing peanuts that he promoted, but it had existed among indigenous Central Americans for centuries and it really wasn’t his greatest accomplishment.
I think it’s time to remember George Washington Carver not as the reason you have Jif, but as the reason that starvation didn’t kill half the population of the Southeast. 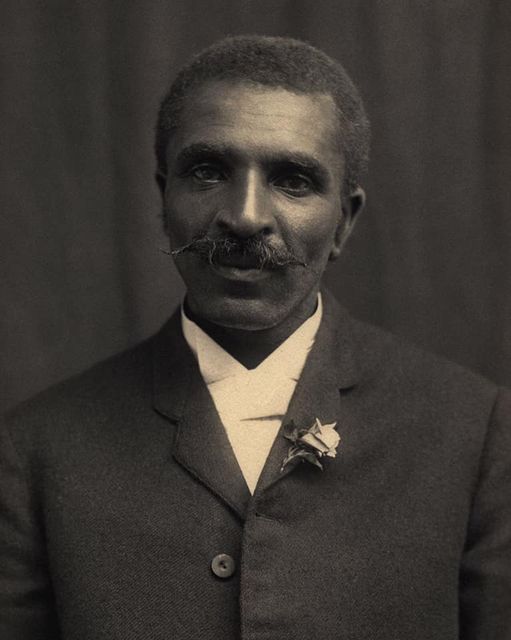