Yesterday’s theme song in the Land of Lunch was I’m A Little Teapot.  None of us could remember the verse that came after, spout.  Google sorted that out & an earworm was born.  I tried to counteract it with The Song That Never Ends to no avail.

This morning’s View From A Lair, brought to you by MOOD 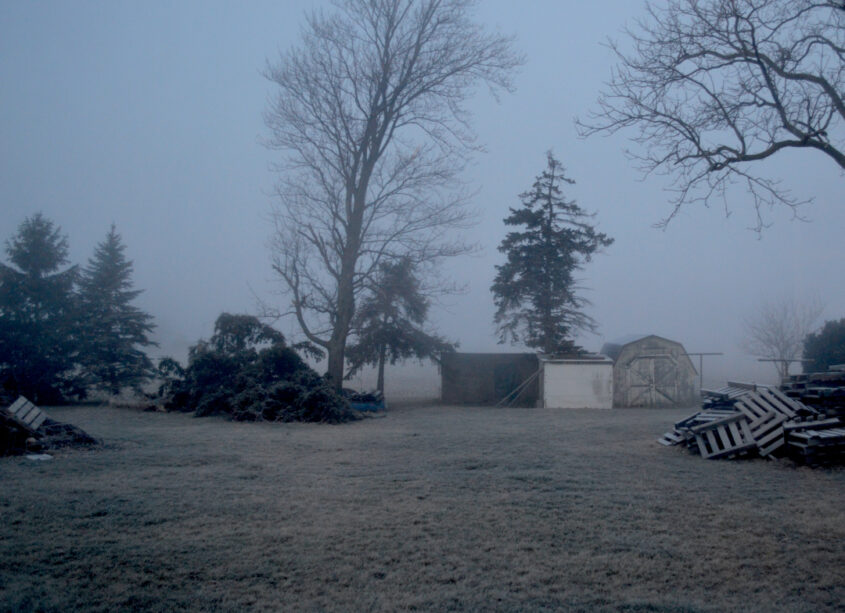 In Bebe Feesh news, it looks like someone or someones have been having snacks.  The Hubs needs a particular type of plant that will give the babies more cover as they grow.  I’m sure it won’t be long before there’s another batch of eggs.

Here comes a ponder:  If you put one male & one female human in a tank as we do with fish, would they mate?  Can you imagine?  After an arduous journey, you’re finally “home” in a lovely place where food drops from The Top & you’ve met some lovely fellow beings.  There’s a one named Tom that you’ve been flirting with.  Things are awesome. You & Tom are making plans when…  The NO RETURN monster dives into your tank, chasing you hither & thither.  You try to outrun the beast or at the very least desperately hope it’s not your turn to enter the giant monster’s maw.  Alas, you are caught & swooped up into unbearable brightness.  OH NO!  You can’t breathe! Can’t breathe!  In a hot minute, you can breathe again but now you’re in a strange place where everything is a colorful blur.  You notice there are other beings with you.  Some are the sorts you’ve only heard tall tales about.  Then you notice another.  Could it be Tom?  Could it be?  No.  It’s Greg.  You don’t like Greg. Once you’re in the new home & settled in, you realize that you are stuck with gets-on-your-last-nerve Greg for the rest of your life.  Let’s not forget that if you’re not into the opposite sex & have been flirting with Sally & end up with Greg for the rest of your life.  Or, what if Greg isn’t such a bad dude, but he likes other dudes & he’s stuck with YOU the rest of his life?

I might need another cup of coffee after that one.

JimJim was such a fuzzball of cuteness last night. 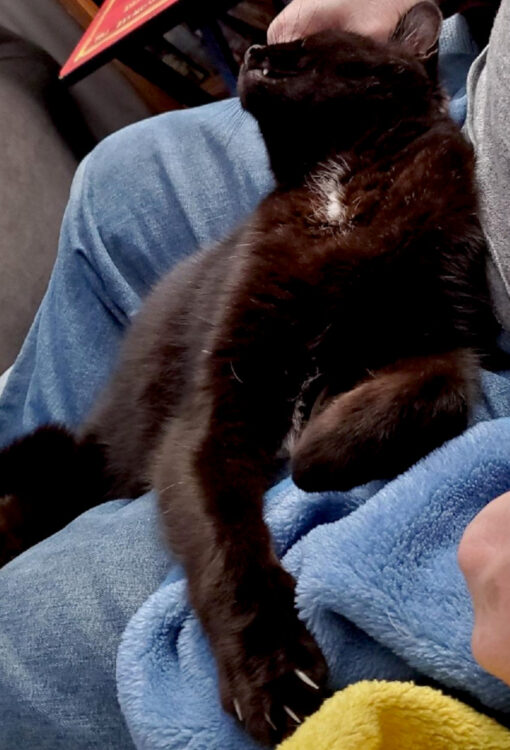 Look at those adorable murder mittens. My oh my, they are in need of a trim! Look at his cute gruesome toothsome! He’s a vampire kitty.

And we can’t forget that one white whisker!

Today I’m going to make & can turkey broth.  In the past, I would make up a big batch & freeze it because I didn’t have the pressure canner fixed in working order.  After the gardening season’s canning success, I won’t take up valuable freezer space.  Woot! Woot! The smell of simmering broth makes the house smell wondrous.

I printed off all the chapters thus far (there’s 9!) of The Black Swamp Gourdess’ Unabridged Story of Daemons.  The Slasher of Red is ready to go for the editing & tweaking process.  They are more chapters to come.  I’m hoping this helps slide open the hidden panel to what comes next.  The Muses have been very cagey & making me work for it.

Have a super-duper day!