I had the wrong date on yesterday’s post.  I’ve since fixed it.  In my defense, I knew that it was Friday eve (a.k.a. Thursday) but my heart & soul were already in Friday mode. 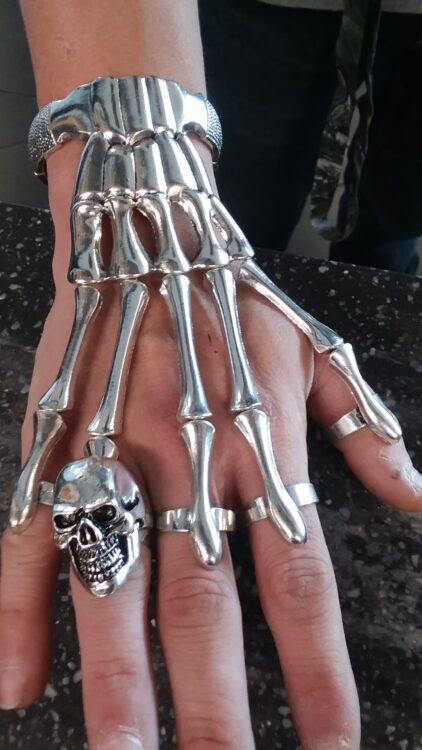 This student graciously allowed me to take a picture because I was gagging over how awesome this is. I want one. Oh yes. I don’t think any self-respecting Gourdess should be without one.

One of my Sisters in Lunch has become my personal henchwoman. I call her Hench for short.  She asked if she could have a hump & should walk stooped over.  Of course!  She’s well qualified for the job except she refused to smite someone on my behalf.  (side note:  To be clear, my definition of smite is best described as akin to a cartoon smiting where the person receiving said smite is covered from head to toe in black ash.  No one is harmed & the ash is easily shaken off. And, if you don’t know by now, I shall spell it out for you. I am an unabashed teller of fictional stories & tall tales.  None of this could or would happen in real life. Chalk this up to my overactive imagination having fun in The Land of Lunch.) Anyhoo, I’ll have to train her on the art of smiting.

This whole henchwoman thing started when I called her the Maven of Mischief (isn’t that the kettle calling the pot?), Savior of Scallywags & other ridiculousness I can’t recall at the moment.  She liked henchwoman the best.

My fellow Lunch Landy Band member & I made up songs about peas, lids, mac ‘n cheese & anything in between. This has the unfortunate side effect of spilling over into her home life. She starts singing about strange topics & has caused her husband to wonder just what goes on in that Land of Lunch.  I claim no responsibility for any shenanigans one might bring home.

In the news of Bebe Feesh… We thought they were eaten.  Nope!  Mama & Papa AngelFeesh moved them to another plant.  I hope a few survive because this is the most excited about a fish tank I’ve been in a long time.   Side note:  Fish tanks are the Hubs’ thing.  Too much work in my humble opinion, you can’t pet them, they don’t talk, (well they do, but all they say is “Bob” & I don’t speak fish so there’s that) & they lack fuzz.  I am partial to fuzz.

Last nights’ dream involved a giant pair of underpants saving the world from Covid. I don’t remember how or why or any particulars except looking at said undies through a glass display box.  Some dreams are best left unpacked.

Mocha, The Daemoness of Polka Pants, has FINALLY gotten used to the fact that her royal Princess Mickey (The North American Scrubba Cat of the Kitten Mittens) is no longer living in the basement.  Mocha struts about as if she owns it.  Of course, having your food & toilet down there is a good motivator.  Here’s a picture of Mocha looking all cuddly & innocent.  Don’t let it fool you.  There’s a pure quasi-evil feline hiding in there. 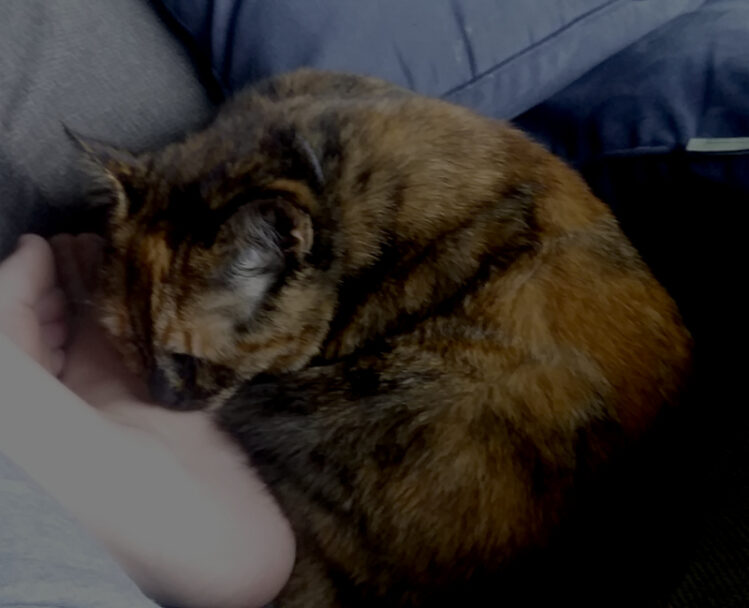 Today’s word is etiolated.  It’s pronounced, eh.tee.ow.lei.tuhd I discovered this wondrous word when on the hunt to describe something that’s been blanched or grown without sunlight.  In the story The Black Swamp Gourdess’ Unabridged Story of Daemons, we learn that some Daemon elbows could be described like the texture of a naked mole-rat, parasitic wasp larvae, or even human toes steeped in warm water until they become white & rubbery.  Let’s use it in a sentence, shall we?

A Daemon, who liked to collect fly wings, spotted Babs and lumbered over as quietly as 8 feet of walking bricks can be in an attempt to snatch her up. Babs, having been accosted before by this particular Daemon (she called him Brickhauz but his real name is Allen) wiggled her way between knobby knees and etiolated elbows to a safer less conspicuous spot on the wall.

This meme is spot on & this happens more often than not.