As I gathered the pages of The Black Swamp Gourdess’ Unabridged Guide to Daemons into one document for editing, a little tidbit dropped in.  This tidbit, that I can’t share yet, is so ridiculous yet so on point that I had to type it up.  It will be included in the book.

I will say again, I don’t know where this stuff comes from.  I have one theory.  There’s a neuron that’s overworked by the amount of information that’s pumped in & can be utilized for inspiration.  It decided that instead of trying to organize this into manageable bits, everything is placed in the miscellaneous file.  As I relax into that creative zone, the Muses & Creative Beastie pull from this file not paying attention to things sticking to one another.  The result is a mishmash of things that one would not normally mishmash together & that’s what spews forth like yesterday’s stew.  Yes, you may utter an “ewww” at the description of my creative process.

It wouldn’t be the first time I took the magic out of something.  For example, in the beginning, (in a galaxy far, far away…) I was making Gourdesses.  I described how they were made using words such as beheading & gutting.  Quite turned the people I was talking to off.  One would think I learned a lesson there, but nope. I simply can’t help myself.  It was quite entertaining to the woman I shared the table with.  She about busted a gut.  Did she kick me to get me to stop?  Oh, no.  She wanted to see where I was going with it.  I run into this a lot.  Folks just let me go & even encourage me (or as I say egg me on) just to see what direction I’ll take something.  How ridiculous can she be?

As noted by the creative process above, it can go pretty ridiculous, sideways, up-ways & wyrd.

I couldn’t resist texting a similar meme to my bestie for her birthday. It’s such a 2020 thing. 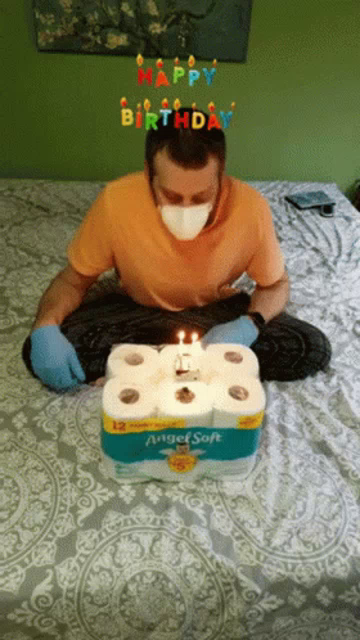 Shhh, don’t tell her… I’m thinking of sending a few squares in baggies (like a drug dealer) as a birthday present.  I know. Again, see the paragraph describing the creative process.

I had a hard & frustrating conversation today about systemic racism & the taking down of problematic statues & the banning of the confederate flag.  It didn’t change any minds.  It did open a door for more necessary conversations around these subjects.  Lawd knows I have more work to do on this stuff myself.  Plus, I have to remember that this doesn’t happen overnight.  It certainly didn’t for me.  In addition, how one is brought up from childhood & taught how the world works brings in its own set of challenges.

Baby, it’s cold outside.  Cold is relative because it’s been a warmish winter for those of us in the Flatlands of NW Ohio.  I sure would like some snow.  We are in a snow drought (unofficially called by me).  According to the weather peeps, the average snowfall for the season is 14.1″ & we are at 5.9″ so far.

My head refuses to compute that 14.1″ is our average.  That’s a piddly amount.  Yeah, sure climate change is a myth.  Sarcasm intended.

Time to do more moving of text so I can edit & find out just where this little ol’ tale of mine is headed.