Click on the picture above for additional Day 23 creative goodness

This morning I ran to the stores. I thought I was being sneaky & pretty smart going so early. For the first two, there were not very many people. The last one though? The word got out & with everyone grabbing for the toilet paper again (did we NOT learn from March? Rhetorical question because obvs we did NOT.) There were far too many hoomans about than I care to be around at this point & time.

Today, instead of working on the Gourd Trouble Doll, I decided to share my living room with you. I warn you, it’s a bit gruesome. There has been yet another sacrificial stuffie offering. There are stuffie guts & skins scattered without care.

If you are squeamish about stuffie innards, then I suggest you turn away now. 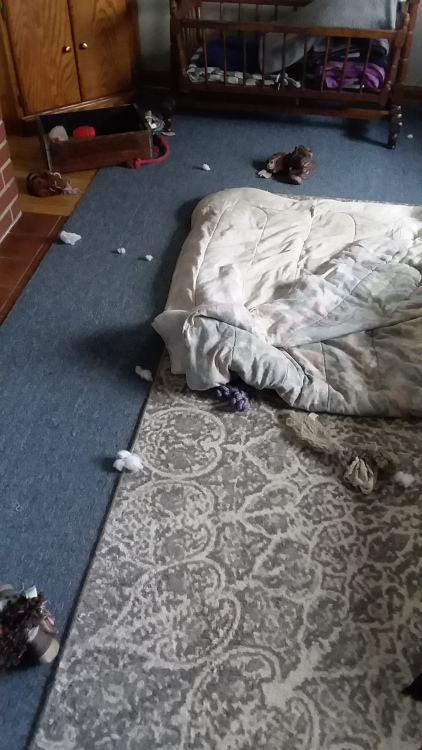 The two main suspects were questioned & denied any wrongdoing or knowing a thing about it. In fact, they tried to pin it on the cats. 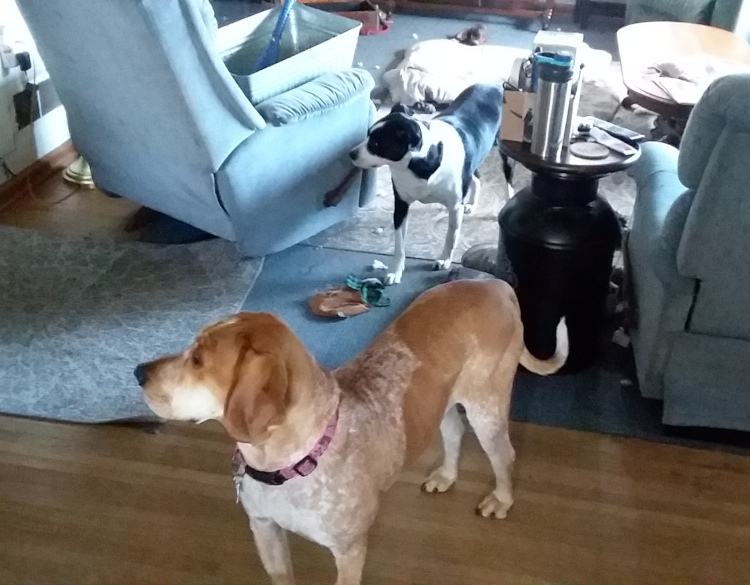 I interviewed Dandelion (a.k.a. Princess Bearded Lady of the Calico Pants, First of Her Name) who said, “Look at me. Do I look like I give a mouse’s behind about stuffies or tearing them asunder?” She has a point. That look is because I was eyeballing her royal fuzzy belly. 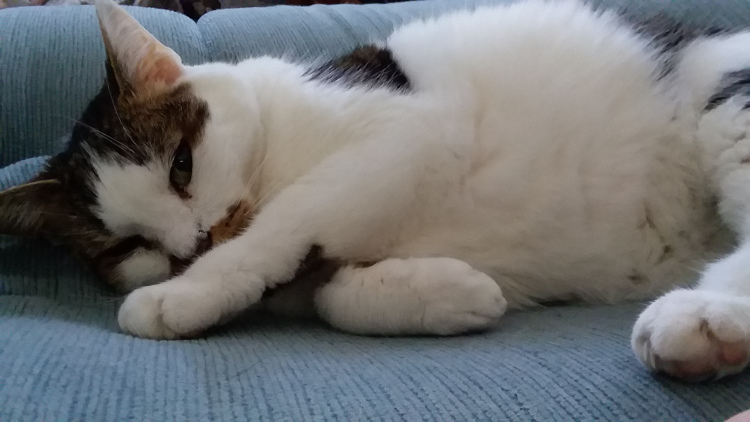 My spidey senses tell me it’s the Hell Hound, Penny Dreadful. That’s her nickname. She’s not really dreadful but she is a hound & sometimes those nicknames fit. I swear if she had opposable thumbs, I would be in deep trouble. Daisy is the black & white one who is like her hapless sidekick although she can be a bit on the side of the sneaky pants when she wants to.

Today’s creative fun, besides making up the ridiculousness above… I like to say that I don’t lie per se. I tell fictional stories. No one falls for it.

I decided to try a new-to-me banana bread recipe. The one I use from my dilapidated Better Homes cookbook (which The Hubs really would like to throw away but has been threatened with the pain of a marble rolling pin to his noggin) is kinda bland. 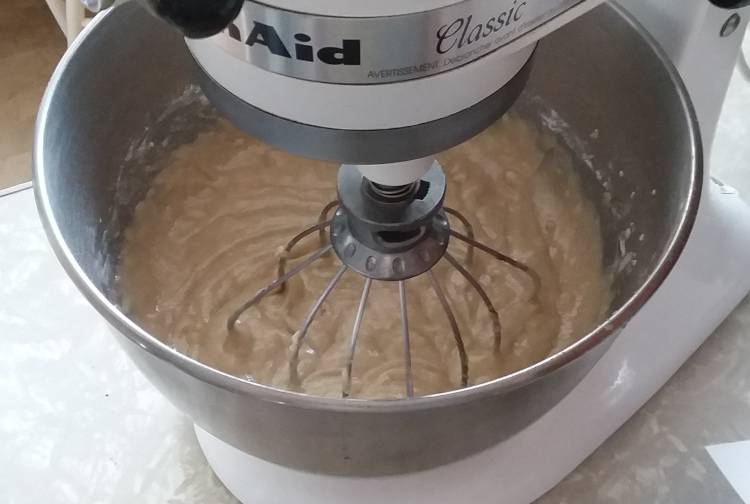 I know you’re not supposed to eat the raw batter & Lawd knows it’s 2020 but you know what? I was willing to give 2020 a big ole’ raspberry (Pfffflllllttttttt). It’s difficult to do a decent selfie when one is trying to eat batter & not look like a middle-aged woman trying to look sexy (which I was not & do not) nor come off in any sort of lewd manner. For the sake of creativity & levity, I am posting this. Gads, what is wrong with me? 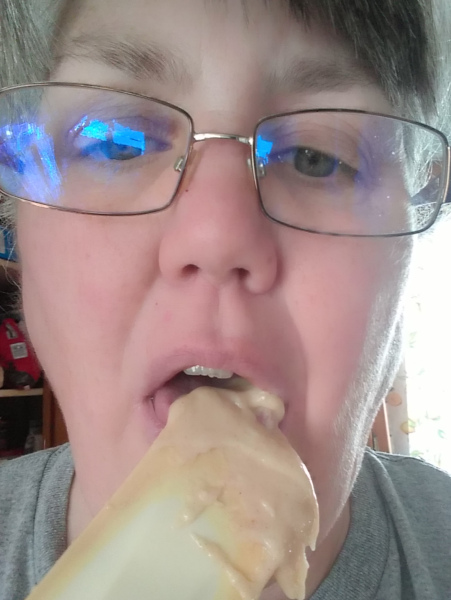 I popped the bread into the oven… Ignore the dirty oven, please. 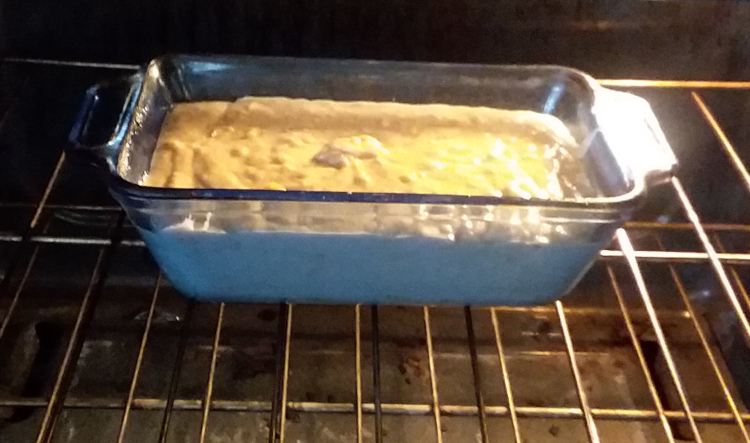 And about an hour later… Oh, if you could smell what I’m smelling (and I’m not talking dog farts!) 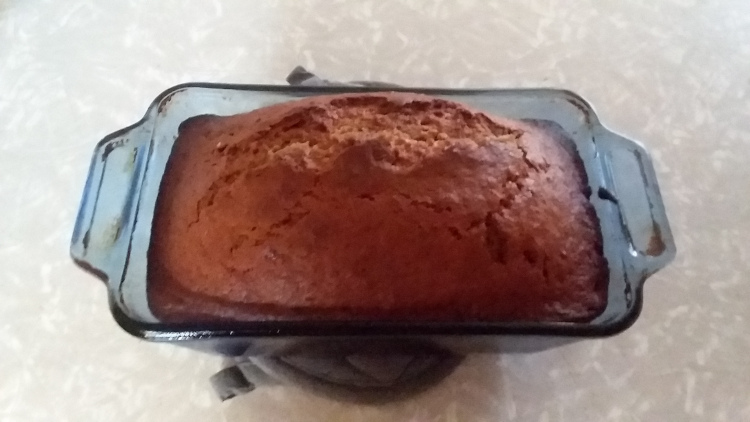 Mmmmm… I can’t wait ’til it’s cooled a bit & I can slather on some butter!

That’s all the happenings here in the Flatlands of NW Ohio. Stay safe & may your day/evening be full of awesomeness!